A school where the knowledge is produced not transmitted

In the 13th March of 2016, we as the student sof Autonomous Design department of KASK  began our project week as we were supposed to be. However it was not any random project that was in mind.  With the suggestion of Adva Zakai we were asked to the design ” School of love”. The description of the assignment was exactly as it is below:

“During the project week at AUV The school of Love will be invented.

Participants will develop and put in practice a curriculum for a pedagogical environment that revolves around teaching Love.

The project will begin with focusing on reflection about the notions of school,studying, and the position of a student in school in specific and in society at large. In relation to these aspects, participants will be asked to invent the ideal pedagogical system and create activities within it, that challenge the practice of studying and potentially propose an alternative to existing (art) school systems .

The topic of Love is slightly provocative of course, as intuitively we don’t connect it to something one can learn at school. We will open up the notion of Love into political, juridical, ethical, medical,philosophical and other societal aspects until, hopefully, we’ll get convinced by the importance of creating a school that teaches all that.

The first day, March 14th, will be dedicated to introduction into the two topics (school and love). Guests will be invited to give talks and propose activities. On that day, the participants will also start creating the curriculum of The school of love. The following 4 days will be in the hands of the participants, who will be running the school, as well as taking part in its activities.Teachers of the department will join sometimes and take the roll of students. A small group among the participants will work as a documentation team, and present a documentary about the project on the last day.”

As it is stated in the email with a foresight,  the word “love” was very provocative indeed. Inevitably caused a certain amount of confusion, a little cynism and even some nasty jokes along with curiosity, excitement and sympathy.
In first day, first we met with each other. Since most of the students were very individually involved  that was a neccesitiy. We had some people from out of the school and regular temporary visitors ( who kept showing up during the week but never stayed long). After that there was the talk of  Elke van  Campenhout on the “between the unexpected love and pedagogy”.  We have tried to discussed very wide topic in a short time. It was inspiring, sometimes conflicting however enabled us to form a “common dictionary” to proceed with. Since it is a very long and complex conversation, I can’t explain here but the videos will be uploaded.  Briefly, we have visited diffirent concepts of love . As in Elke’s point of view, Love was not an emotion, it was the state of being displaced, touched by the other. And by the dynamism it creates within the displacement it was an opening up, a creation, growing, expanding, losing something  and finding a new thing, a revolution within the self.
Than, we had another inspiring talk with Kobe Matthys “ On the 19th century “L’écolle mutuelle”. It was about and experimental school that was found in 19th centruy, funded by governmnet that canceled by the same government because the students were “too critical” and the school had started emerge leaders. As we have discussed further that was the  result of many experimental schools. They were shut down not because they failed but because they were succcesful and effective and that was no good.
One of the most important elements of this school was that students were teaching each other. This was something we wanted experiment in our school designs. A school where the knowledge is produced not transmitted.
By the end of the day we had 3 concept for the week.
1) The School of Unstoppable ( Enthropic) Love
In this School, the inner drives and passions of the participants were encouraged by the sinergy of the group. The School was mostly acting as a unit in which an ytmost democracy was put in trial. As a consequence while one could influence, manupilate or trigger the group behaviour: He/she was invited to participate in the larger community . Learnin methods were based on poolin the skills and knowledge that was brought in by individuals and looking for matches to grow. Keeping the energy high and flowing was the key element. While it resulted in being productive in practical level , it has caused an emotional distress and outcasting to those who doesn`t function well in group and they felt pressured by the group pyschology. Also , one the outputs was the method of this school emphasized the productivity as in a bussines model than a creativty or free research.
2) The School of  the Missing (Lost) Love
In this school ,any education is considered  a search for something we find missing in our lives, a skill, a knowledge, someone, some place, a feeling, ourselves, a cure, healing, improving whatever is motivating us to do anything.

It was a matter of  valueing what has been lost and the fact that we forgot them or we choose to remember them.We had having a passive remembering/memory place and active remembering methods. This school as a methodology didn`t have any pre-designed structures of time and space. The study could take as much as the student needs from 1 week to 50 years. We had therapist/ teachers whose function was to give attention to the researches and help them find.  There only few regular practices daily such as contemplating on questions for the questions sakes. qnd participating in others researchs was the primary way of learning new things and expanding research.

This school has provided a lot freedom however it was sometimes emotionally confronting for those who are used to work within structures. It required a personal confrontation which was difficult handle especially when the therapist/teachers were not centered in their roles.
3) The School of the Curious ( Playful) Love
In this school, each person was a school within themselves and the teachers were one¬s own senses. So we have developed practises to follow one of our senses each time and work through this. We had a diffirent relationship with the materials around us and we shared the diffirent perspectives, narratives of diffirent people as well as our own. It was walking into the unkown only with our own senses and abilities and how we can share them with diffirent people through their senses which are available to us to communicate.
We have tried all these three concepts and designed an open day for each school, meaning a day that represented the pedagogical approach and  the frame of the school.
You can see the detailed descriptions in further posts.

Impressions of the 1st day 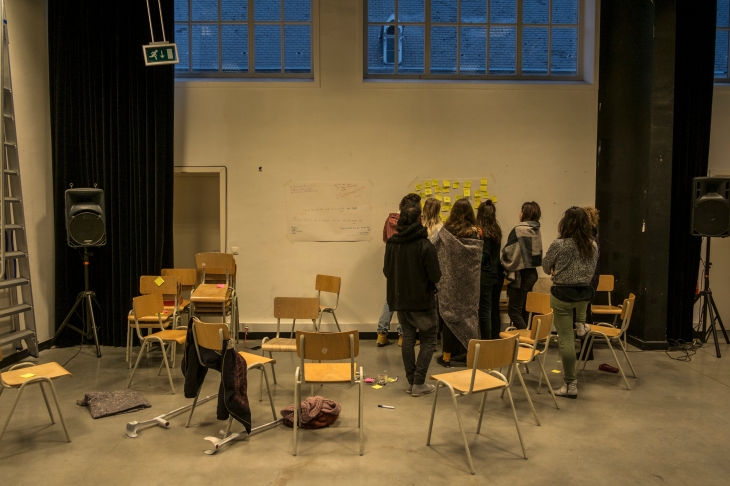 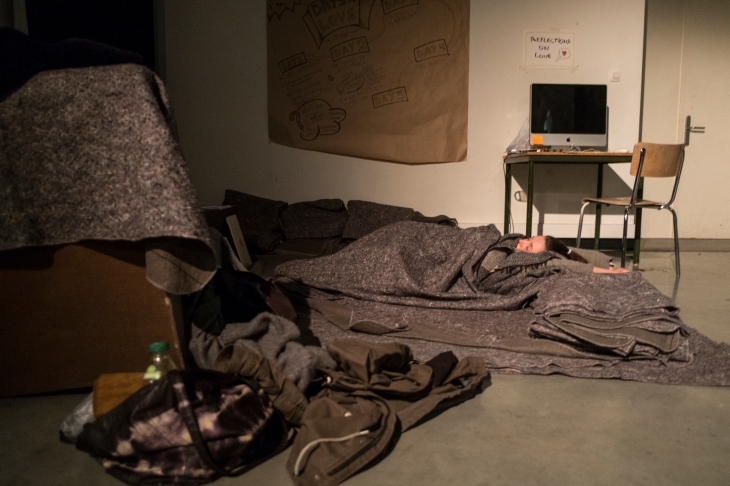 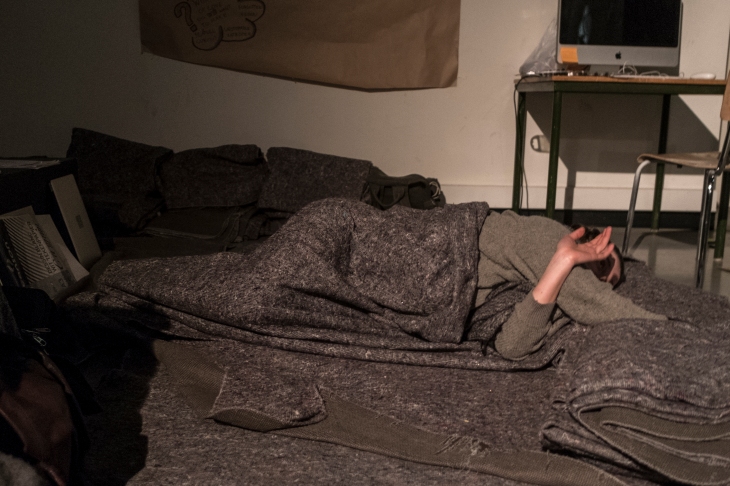 View all posts by theschoolofloveblog